You are here: Home / Go sightseen / The House of Tejerinas 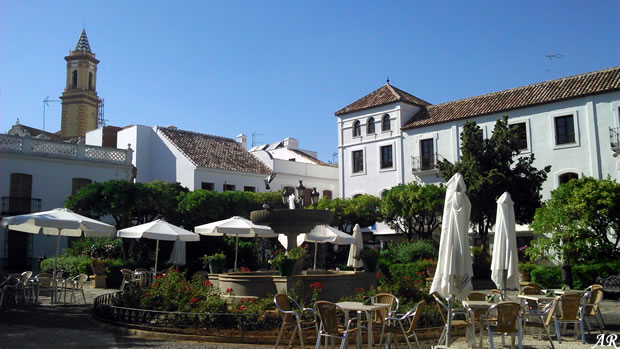 The House of Tejerinas, located in the Plaza de las Flores in Estepona, was owned by the Tejerinas sisters, until one of them gave the property to charity, becoming a hospital for the poor. In the middle of the eighteenth century the city council of the town renews it and makes it into ” The House of Culture ”, where since then, events related to culture and art, such as lectures, exhibitions or courses take place.

Of its structure we can emphasize its rectangular plant, where we find a central patio surrounded by columns, the cover, formed by a vain of moldings on a balcony and finally, the tower of the viewpoint.