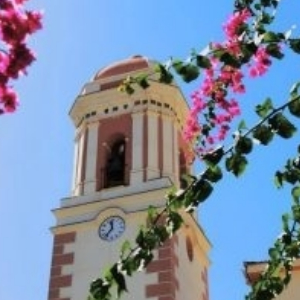 In the sixteenth century the repobladores built the Church of the Remedies, with a square tower and simple aspect. In the southern part of the tower was placed a sundial marking the time for the inhabitants of Estepona.

In time, in the 18th century, a bell tower with neoclassical style was added decorated with ceramic elements.

The earthquake of 1755 caused the ruin of the church and demolition, where only the tower remained. At the beginning of the 20th century, a clock was placed which, with its bells, keeps telling the time.