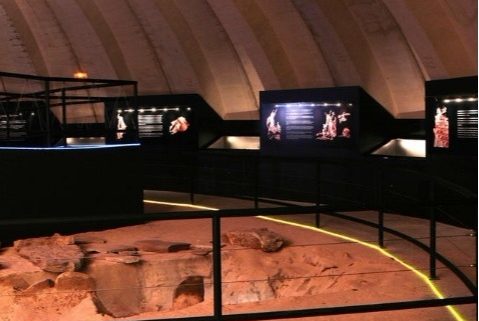 Concerts and author music among dolmens
During the works prior to the construction of the Estepona-Guadiaro toll road, the first megalithic cemetery on the Costa del Sol was found on the Corominas hill, consisting of five dolmens that were in an exceptional state of conservation.
Given the uniqueness of this site, it was decided to move it to a place specially designed for its exhibition. That was the origin of the building in the form of a tumulus, which recreates the meglitic funerary architecture.